Inspirefest 2015 was a  two day international event that connects professionals interested in the future of science, technology, engineering, and mathematics with new perspectives on innovation, leadership and success. Plus unique networking at their exciting Fringe Festival this took place from the 18th – 20th June 2015 in Dublin.

It was hosted by Silicon Republic.

At this event there were many interesting business individuals who shared a common goal: to decrease the gender gap in tech related disciplines.

At this event there were many keynotes from business professionals who come from a variety of disciplines and we were lucky enough to listen to a majority of them. From talks about space to the film industry, the gender gap is a prevalent issue that needs to be fixed. 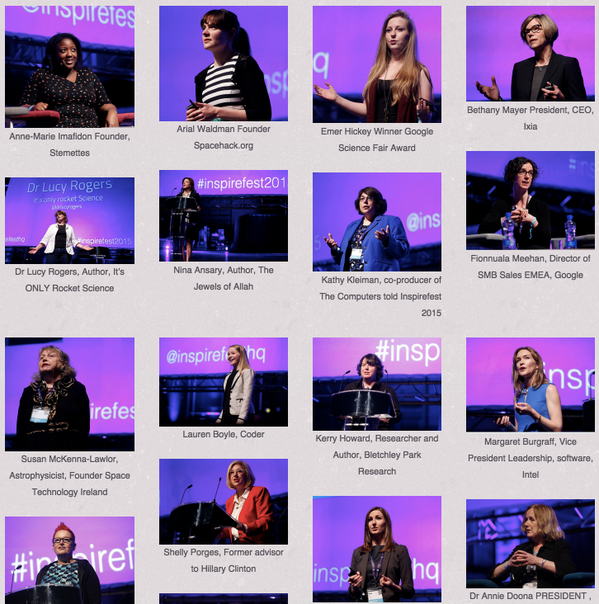 Forgive the pun but the keynotes were truly inspiring. There were so many quotes and sayings I could have taken away from this event, but it was all summed up by Inspirefest themselves: 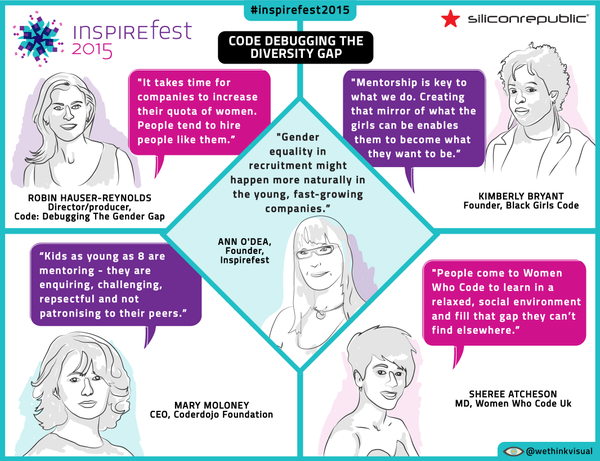 It wasn’t all keynotes and business professionals though. On Saturday we had the chance to run our workshop creating badges while the Coder Dojo competition was being held. We were surprised by the amount of people who wanted to get involved and make badges. It made for a great end of Inspire Fest!

Mint Tek is building a platform and a network of PCB manufacturing and hardware prototype assembly partners to make this process simple, cost-effective and easy for busy hardware developers. [Read more...]
Some Links
Contact
Stay Connected
Newsletter Signup
© Copyright 2017 Mint-Tek. All Rights Reserved. All Rights Reserved. Website design by: Rob & Paul
This website uses cookies to improve your experience. We'll assume you're ok with this, but you can opt-out if you wish.AcceptRead More
Privacy & Cookies Policy