Notes from a hackathon newbie

Recently, I was involved in my very first Hackathon. I’d heard of them and read about them but had never really been at one.

To be honest, I kind of thought you had to be a designer, an expert or just plain cocky. I wasn’t sure what I could add to anybody’s party.

Sure, I knew markets – but was that really an issue on a hackathon weekend?

Yeah, I’d been in business since forever but seriously, did they really think they’d have time for business questions?

Fine, I get sales and marketing but where does that fit in at this early stage.

So when I was asked to help out at the PCH Hardware Hackathon in the DCU Innovation Campus by Ronan Furlong, I was seriously curious.

Check out our first ‘What’s a Hackathon’ Blog to get the gist of what happens.

Everybody can come along. Everybody has something to offer. They need engineers, coders, designers, graphics, marketing, business, presenters, talkers literally everybody who from the shyest hacker to the mouthiest marketeer.

Teams had every profession, race, gender. Outside, the country was voting on equality and inside we were living it.

You don’t need to be an engineer to pitch an idea. Anybody with an idea can pitch it and everybody listens intently. The more you know about your target market the better.

The best example is Stephen Keane who successfully pitched a great idea to make Triathlete shoes smart. Based on his experience as a triathlete he knew that fastening the cycling shoe caused triathletes the all important seconds and sometimes injuries.

It’s all just fun. Think again the teams met on Friday night and were living in each other’s pockets until Sunday evening. They were thrown out of the DCU Innovation Campus at 11pm and were back by 8am the next day. I heard that some teams adjourned to a house or apartment to work further. I certainly didn’t see any hangovers and huge advances were made overnight.

Makers, hackers and developers eat pizza. The spreads put on by DCU and PCH International were magnificent salmon, beef, salads and fruit. Carbs and energy drinks were hard to come by. I was kind of looking forward to pigging out on pizza!

So what were the facilities like? The Innovation Campus was great. A huge big space to work and think in. The mentors were experts in their fields Evercam, LayerLabz, Intel, Stoney CNC, Tog, Design Burst, Each & Other, AutoCad, Golgi, Websummit, British Gas. Mint Tek Circuits, RS and Alert Me. The field of expertise would put a Fortune 500 company to shame and the generosity of time and support given by them was fantastic.

PCH footed the bill and were excellent in their support. The team from Toronto of Katherin, Gwen & Erika were there to support and answer questions.

Things that surprised me

Congrats to Blue Tape, you played a blinder– well done to all it was fun and exciting and will not be my last.

Were you at the hackathon? Do you have any hackathon experiences you want to share? 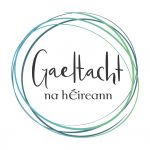